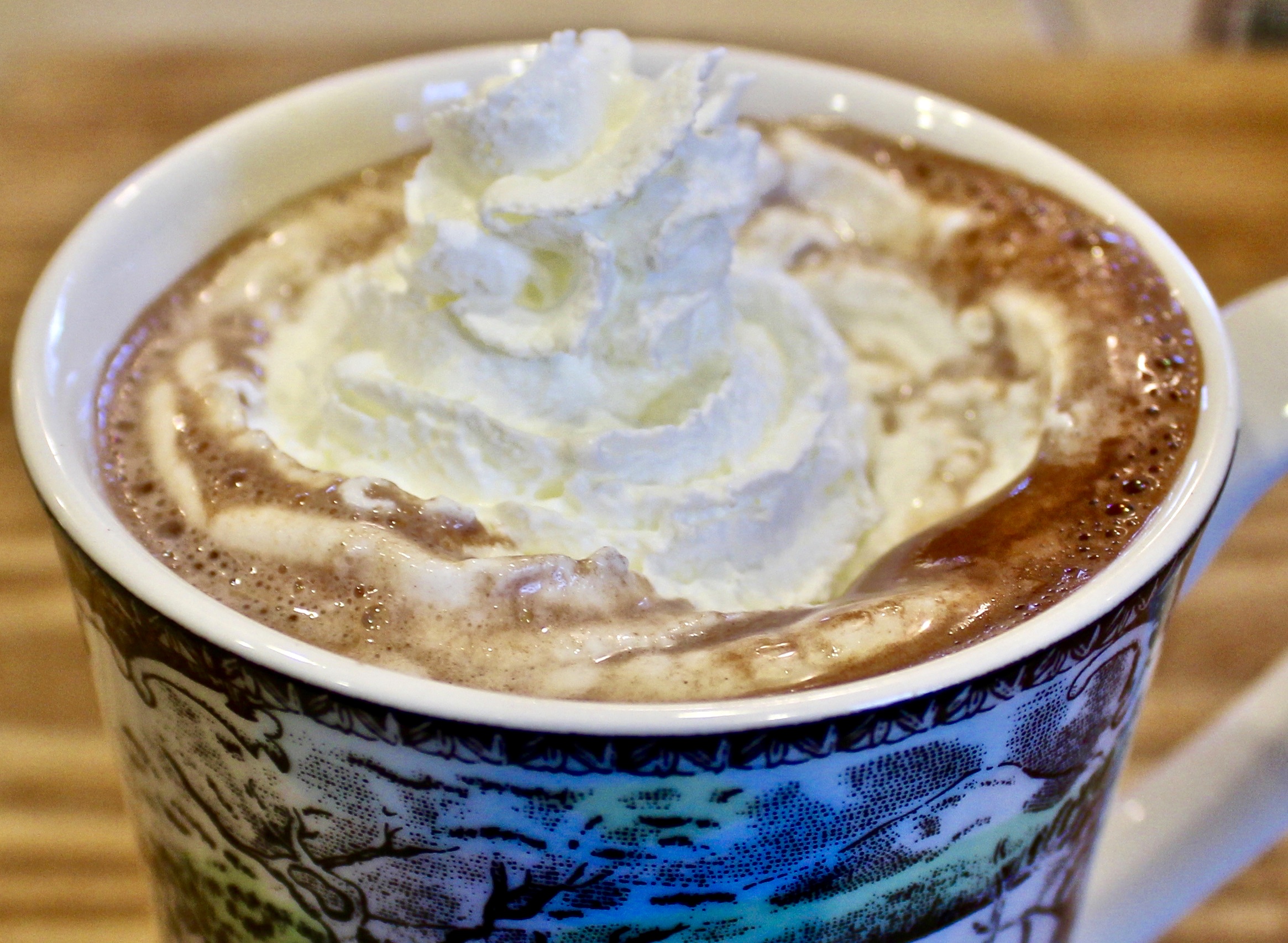 We’re on our third snow day here in Bend, so I thought it would be a good time to finally post this super simple hot cocoa mix recipe in case you run out of store-bought stuff. I wrote what follows a few weeks ago, but I had no pictures to go along with it as hot cocoa is usually made at the spur of the moment and consumed quickly around here.

Monday mornings are the roughest of the rough mornings in our house. None of us are morning people, so they’re rarely without drama, but after taking full advantage of late weekend nights, Mondays totally crash our party. This week’s Monday morning, the lies about being out of bed followed by wails and stomps were particularly intense from one 12-year-old, as was the sincere exhaustion caused by a restless night from the other one. It was time for mom to step up.

I started by asking one if she’d like some eggs. In a whiny whisper, she said she really would if it wasn’t too much trouble. I then called upstairs, asked the same question, and was met with a “no” from an anguished voice that made me wince and go straight to the kitchen. I got the eggs going and took the milk out of the fridge to heat in the microwave. I then took the hot cocoa mix container out of the cupboard, found it was empty, and rolled my eyes. It was fine, I would address (once again) that particular issue another time, and I had a quick fix. I poured some cocoa powder and sugar into the container, stirred it up, and carried on. I served the eggs and hot cocoa to the child downstairs, then poured a small shot of fresh pressed coffee (just enough to make her feel indulgent) in the other hot cocoa and took it upstairs, where I was met with total surprise and gratitude. The drama was diffused, and the girls got out the door with actual smiles on their faces.

So, you might ask, what’s the big deal? Don’t you fix breakfast for your kids every morning? After all, you don’t even work outside the home, and it’s apparent from this blog that food and cooking are pretty central in your life. The answer is no, I rarely do, for the following reasons. First of all, I’m only functioning at about 60% most mornings. Not proud of it, just a fact. Secondly, they’re usually pretty self-sufficient in the morning. Somewhere around the third grade, they both decided they wanted to get their own breakfast and who was I to argue? They can easily fix cereal or yogurt, toast a bagel, or grab a bar on their way out the door, and more often than not, they handle it. (Although, if I’m being totally honest, not as well now as they did in the third grade.)

That morning, the difference those simple acts made in everyone’s start to the day got me thinking about the power of intentional nurturing versus the martyrdom we all too often succumb to when it comes to raising our children. Stay with me; this isn’t just an excuse for lazy parenting. If I waited on them every morning like that, the outcome would not have been the same because we don’t appreciate what we take for granted. And, honestly, there are many times I offer help in the morning (really, I do), but they refuse it just like they did in the third grade because it feels good for them to be self-reliant. Allowing them the responsibility of taking care of themselves creates the opportunity for us to step in and take the burden off of them when it really counts. Monday morning drama is just one example.

This is Ella’s version of hot cocoa mix. She likes to combine powdered sugar and granulated sugar, but you can use one or the other.

(Make as much as you need. 1 cup of the mix will yield about 8 servings of hot cocoa.)

Seriously, that’s all you need plus hot milk.

Go ahead and measure and start heating your milk (whatever kind of milk you drink) because this won’t take long.

Start by taking the spoon that was left in the cocoa powder out of the package and putting it in the sink. (This might only be at my house – we seem to have trouble putting anything away. Except, of course, empty containers.)

Use something handy like a mason jar or another glass food storage container and fill it about one-third of the way full with cocoa powder.

Add enough powdered sugar/granulated sugar to fill the jar two-thirds of the way full. This will give you a 1:1 ratio of cocoa to sugar. If you want it sweeter, add a little more sugar, less sweet, a little less. It’s not rocket science.

Add a small pinch of salt then stir until fully combined. I find the handle end of a clean long spoon works well.

Place a couple heaping teaspoons in a mug.

Add just enough hot milk (about one tablespoon but don’t bother measuring) to make a smooth slurry. This should prevent lumpy hot cocoa.

Slowly stir in the rest of the hot milk. Top with whipped cream, marshmallows, candy canes, whatever you like or nothing at all.

If you really want to make their morning, try baking up these scones or muffins for extra credit.

I’m guessing one of the reasons my girls like hot cocoa so much is that their dad made it for me almost every day when I was pregnant with them in place of my morning coffee. Talk about the power of intentional nurturing. I give him a hard time because he’s not really the caretaker type, but he steps up when it counts most. This week he’s been the neighborhood hero with his big truck and snowplow!