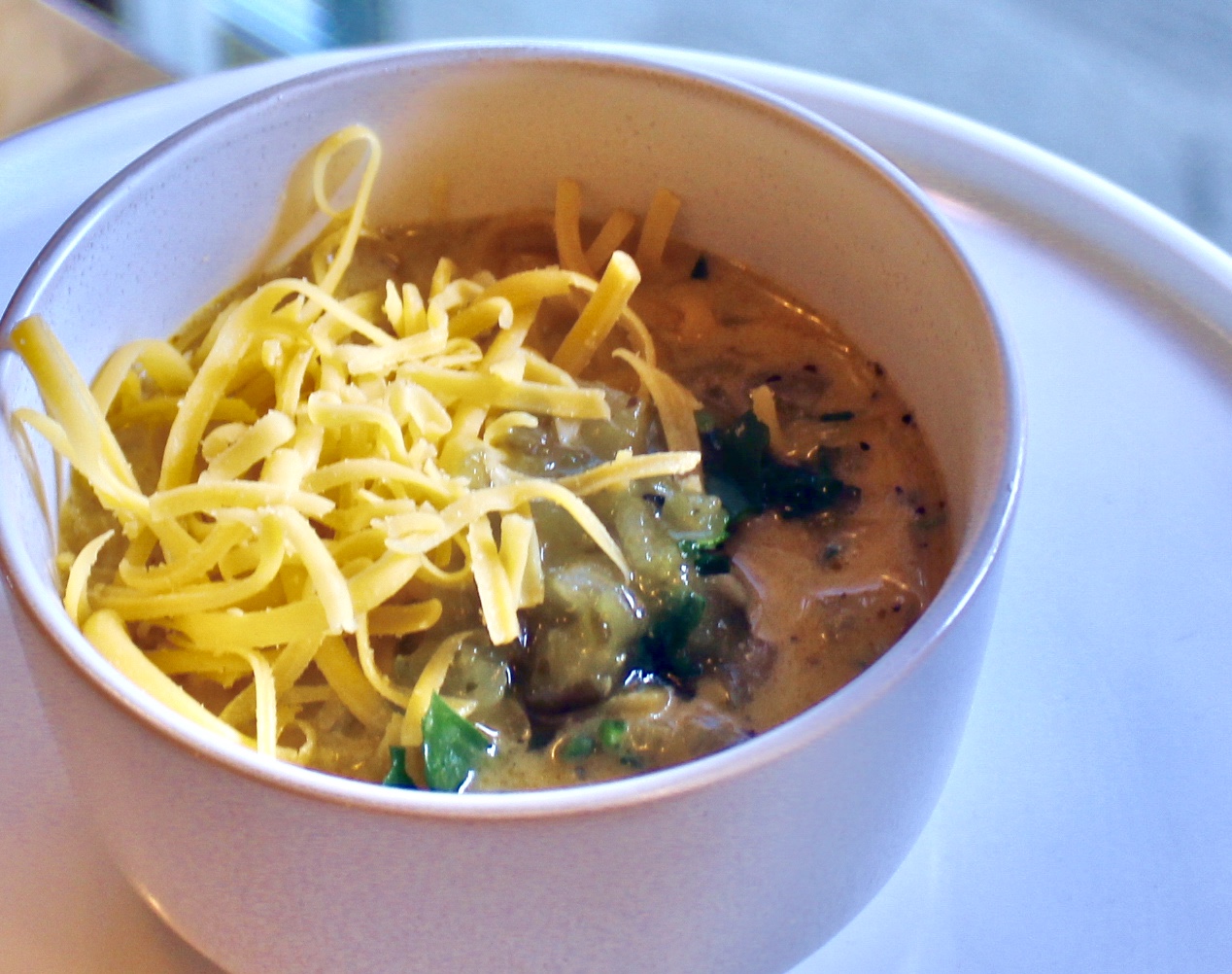 I made this Spinach and Green Chile Cheddar Soup on Monday this week. I think it was Monday, it feels like last year. I’m sure you can relate. I planned to post it by Tuesday, but the news, social media outlets, and multiple group texts have hijacked my attention. I’ve also been cooking a ton, but, for the most part, have been too distracted to take pictures and write recipes.

Generally speaking, this is my M.O. when there are major stories in the news. I’m an information seeker (sounds better than junkie), and the more information I have, the less anxious I feel. Many people think I’m crazy because they have the opposite reaction, but, for me, it helps. I also have an endless fascination with human behavior, so times of tragedy, crisis, and controversy have me glued to my computer, television, and phone to see how people are reacting. I’m not saying it’s healthy; I’m not saying it’s not, it’s just what I do.

This soup was excellent, everybody in the house said so. I needed to make use of the giant bag of spinach my sweet husband got at Costco. It was about four times the size of the organic spinach I usually buy, but he was drunk with decision-making power since he was willing to go. This recipe used about half, and I froze the rest. At first, I planned a plain old cream of spinach soup, but the addition of the green chiles and cheese added a ton of flavor.

*If you need to make this gluten-free, you may omit the all-purpose flour and add a slurry of cornstarch or arrowroot but you must wait until after you’ve added the liquid.

Chop onion and celery. Place olive oil on the bottom of a large pot/Dutch oven, add chopped onion and celery, sprinkle with a couple pinches of salt and pepper, and begin to saute over medium heat.

Gather and add the cumin, M. oregano, and smoked paprika. Continue to saute with the onions and celery, stirring occasionally until they become soft. This should take 10 – 15 minutes, allowing you to complete a few steps before adding more to the pot. If it’s cooking faster than you can prep, simply turn the heat down to low.

Meanwhile, wash and chop the spinach. Set aside. It will be the last thing added.

Combine the chicken/vegetable stock and milk in a microwave-safe measuring cup. Microwave on high for 4 – 5 minutes just so it’s already hot when you add it. Set aside when it’s done, we’re not quite there yet.

Once the onions and celery are softened, chop or grate the garlic and stir in along with the green chiles. Allow a couple minutes for the chiles to heat through before proceeding to the next step.

Add the butter and sprinkle the flour over the top of the cooked veggies. On medium heat, stirring almost constantly, thoroughly combine the flour and butter into the mixture. Cook about 5 minutes in total before adding the liquids.

To prevent clumping, gradually add the milk. Start with about 1/2 cup, stir until smooth, repeat with another 1/2 cup, then add about a cup at a time, stirring until smooth after each addition.

Cook over medium heat, stirring often until the soup becomes the consistency of heavy cream. Test it by dipping a spoon into it; if it coats the spoon, it’s ready for cheese

Add the cheese and stir until completely melted and combined.

Lastly, stir in the spinach. It will cook down quickly.

Taste the soup before serving. Add more salt and pepper to your taste.

Serve and garnish each bowl with more cheese, salsa, tortilla chips; whatever pleases you. Enjoy!

This is one of my favorite quotes that has guided me for years. It’s never been more important than now…

To love is just a choice. We choose love or we choose fear; we cannot serve two masters.